The Arabic language is the 4th most widely spoken language in the world. There are 420 million Arabic-speaking people spanning 22 countries around the world with combined economies equaling over one trillion USD annually. Arabic translation for the Middle East markets is essential for any company planning on doing business in the region.

Arabic is one of the Semitic languages and is widely used in Arabic countries as a first language. Most Arabic-speaking countries are located in the Middle East, North Africa and the Arabic Gulf area. A total of 22 countries use Arabic as their official language and Arabic is also the liturgical language of Islam. 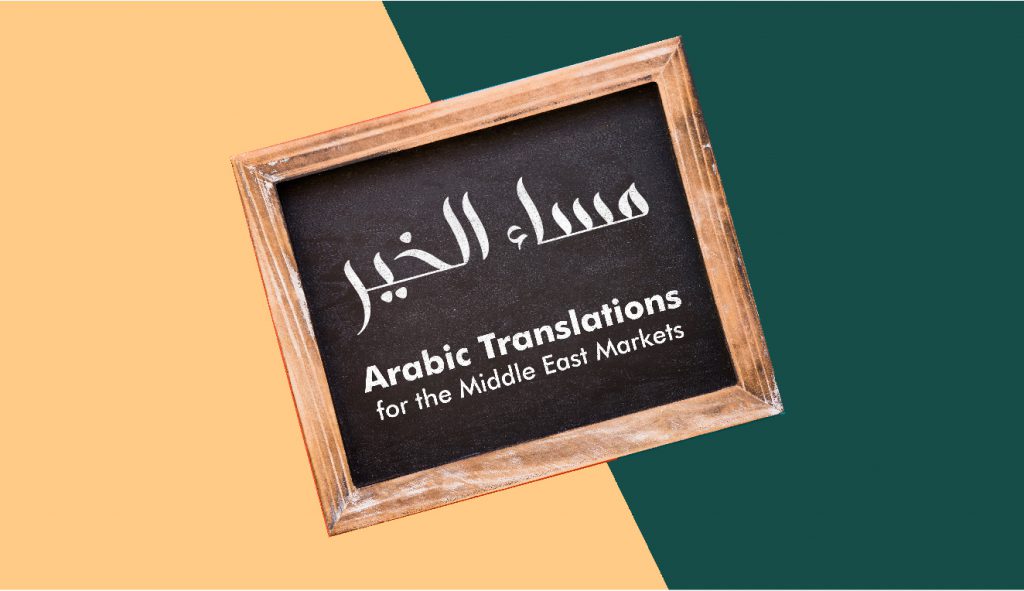 When considering Arabic translation, one must be aware of the very important distinction made between its written form and its numerous spoken forms. There are three different Arabic dialects or forms: Classical Arabic, Modern Standard Arabic and local dialects (Amya or Darja).

With its MENA HQ in Dubai (UAE) and production offices in Cairo, Egypt, GPI has extensive experience conducting Arabic translation for the Middle East markets for a multitude of the Fortune 1000 companies, governments, NGO’s, global hotels and small and medium enterprises.

With both in-house teams and over 3000 global Arabic native-speaking translators and copywriters in our database, GPI utilizes either locale specific teams for specific markets and/or mixed teams who are subject matter specialists in the required fields. Translators could be from KSA, UAE, Jordan, Lebanon, etc. and are brought together based on client requirements utilizing GPI’s translation tools for translation, quality assurance and collaboration

Tell me more about:

To learn more, request a demo of any of GPI's translation tools.